This week marks the release of the first single from the much anticipated Asquith Session No.3 featuring vocalists Aly Cook , Jon Abo & George Washingmachine.

ARIA award winning producers David Nicholas and Graham “Buzz” Bidstrup brought together a session band of legendary Australian musicians at Sydney’s Asquith Studios to add their own unique interpretations to some much loved classic songs. The tracks are released through SBD Music, a label partnership between the producers and industry stalwart Sebastian Chase from MGM.

Asquith Session No. 3 Track 1: Jon Abo –  Where Did You Sleep Last Night 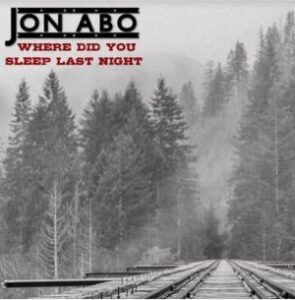 “Where Did You Sleep Last Night” also known as “In the Pines” and “My Girl”, is a traditional American folk song originating from two songs, “In the Pines” and “The Longest Train”, both of whose authorship is unknown and date back to the  1870s. The songs originated in the Southern Appalachian area of the United States in the contiguous areas of Eastern Tennessee, Kentucky, Western North Carolina and Northern Georgia and was credited to Huddie Ledbetter, also known as Leadbelly.

The lead track from Asquith Session No. 3 features Sydney based singer songwriter Jon Abo who delivers a haunting version of a song famously covered by Nirvana on their Live MTV Unplugged Concert.  The Asquith Sessions No.3 version is defined by an evocative and powerful delivery from Jon that captures the essence of lost love over a slow blues groove.  The track showcases stunning instrumentation from ‘Buzz’ Bidstrup on Drums, James Gillard on Bass Guitar, Rick Melick on Keys, John Kaldor on Dobro Guitar, George Washingmachine on Violin and the late Glen Hannah on Electric Guitar.

Jon says… “The first version of this song that I was familiar with, was the Nirvana cover (on their MTV-Unplugged album). After doing a bit of research, I discovered countless versions from country to blues to rock artists, spanning over the last 100 years. Though I tried to hear them all, there are still so many versions out there that I still haven’t gotten to yet. I wanted my version to be unique, and a bit more “sinister”, focusing on the idea of a ghost, singing to his beloved widow – switching the usual major-progression to a slow, minor-progression.   With all of the wonderful instrumentation and production from the Asquith Tracking Crew, it just came together so quickly, and I couldn’t be happier with the results”.

Pre Save on Spotify/Apple etc https://ffm.to/wheredidyousleeplastnight