Back in 2004, while attending Merlefest, I had the idea for creating Americana Rhythm Music Magazine. One of the artists performing that weekend was a guy named Jim Lauderdale. He was (and is) an integral part of that fabulous event; and I remember thinking that if there was any one guy that exemplified the definition of an Americana artist, it was Jim.

As an artist, He seems to migrate effortlessly between Americana, Bluegrass, Country and Roots music. Doc Watson called it “Tradition Plus,” and that would be a fair categorization of Jim’s music. “I just like so many different kinds of music,” he told me. “It just feels natural to me to participate in all of those genres. I was glad that I didn’t have to make a choice. And that’s the great thing about Americana is that you don’t have to. It encompasses so many different styles, from bluegrass, to folk, to roots rock, to country, and even soul and R&B.”

Jim said that the nice thing about being an Americana artist is that, “when it’s time to do a project, I just let the music guide me. When it’s time to make a bluegrass record, I just focus on that for a little while until I get that one done. Then if my songs are lending themselves to electric, or blues, or whatever, I just shift gears.”

The Banjo Made Me Do It
A North Carolina native (Troutman, NC) Jim Lauderdale learned the drums at 11, the harmonica at 13, and the banjo at 15. Although he played a variety of music when he was younger, including bluegrass, Grateful Dead, and folk in a duo, he considers Ralph Stanley and bluegrass music as a major influence. He eventually attended the North Carolina School of the Arts in Winston-Salem, NC, where he studied theater and played in country and bluegrass bands.

After college, he moved to Nashville for a little while, but a publishing deal fell through, so he packed up and headed to New York. It was there where he met Buddy Miller (long time musical collaborator). It was also there that he landed a job working in the mailroom and as a messenger at Rolling Stone magazine. Often he was assigned to pick up and drop off photographer Annie Liebovitz’s equipment.

He eventually joined a national tour for the production of Pump Boys & Dinettes. The tour eventually landed in Los Angeles where he met musicians Rosie Flores, Billy Bremmer, Pete Anderson, Lucinda Williams, Dale Watson, and others. In the late 1980s he move to LA where he recorded an album for CBS. 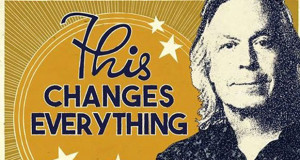 “It’s been a wild ride,” Jim told me. I asked him when he knew he wanted to play music professionally, and he said, “When I got my banjo at 15, I just knew. I loved listening to music before that, and going to shows, but when I started playing bluegrass music, I knew that was what I wanted to do. It was just a real fertile time musically across the whole country,” he said, “And I think that influenced a lot of young men and women to want to do that too.”

It Took A While
Jim was in his early thirties before he finally got his first record deal. “That led to a succession of main stream record deals,” he said. “But none of them caught fire for me commercially as far as main stream radio goes. So during that time I really focused on my songwriting, a whole lot,” he recalled. “I really wanted to be on the road, but it was a blessing in disguise in retrospect because I think it really allowed me to develop as a writer where I might not have had the time or energy otherwise. While I wasn’t able to have hits with my own songs, I was very fortunate that other artists did, and that allowed me to support myself and still really strive to make my own records.”

He now has nearly 30 albums to his credit. He’s a prolific songwriter and collaborator, as well as a touring musician. The multi-Grammy winner has worked with many artists over the years including, Dr. Ralph Stanley, and Buddy Miller, and his songs have been recorded by dozens of artists, like George Strait, Gary Allan, Elvis Costello, Blake Shelton, the Dixie Chicks, Vince Gill, and Patty Loveless. In September of 2016, Jim received the Wagon Master Lifetime Achievement Award from the Americana Music Association.

Taking Control
In 2013 Jim finally launched his own record label, Sky Crunch, so he could release records on his own schedule, as often as he wants. And while you might think a guy like Jim might be inclined to rest on his success and slow down a little, he still sees himself as having room to grow. “I still feel like I need to make some breakthroughs creatively and there’s still some goals left that I want to achieve. I feel like I still have a long way to go in certain things and different records in mind that I want to make.” Interestingly, several projects are already in the can, scheduled for a 2017 release. “I’m actually planning into 2018 now as far as releases go,” he said.

I asked Jim how he was able to be working that far ahead. “A lot of time it’s just proceeding with certain ideas and not waiting until you have time. In some cases, when I was in the studio with other musicians, we would go ahead and record other songs. So I’ve got a back log of songs now waiting to come out. Luckily I do have two things that I already finished a while back. So, at least writing wise I’m starting on the next thing. Realistically then, it probably will be a year or more before the things I’m working on now will actually come out.”

“I usually write and record under pressure because I’ve done that so much, so this will allow me to hopefully write everything and have it done before I go into the studio as opposed to writing it in the studio,” he laughed.
Jim’s most recent CD, This Changes Everything, was released at the end of September, 2016. Synonymous with his work ethic, it was largely recorded during a single day in Austin, TX. Faced with a quick break during a summertime tour, he rounded up a cast of all-star sideman from the Lone Star state. They recorded 11 songs, all of which were originally written by Lauderdale and a handful of Texas-based songwriters.

This collection offers the songwriter’s own version of the traditional Texas dancehall sound, filled with shuffles, rave-ups, plenty of sharp songwriting and appearances by a handful of genuine Texas legends. For a wagon master who’s nowhere near the end of his journey, This Changes Everything marks the latest stop in a longer trek.