Songwriters living in or near the Nashville, TN area – you might want to consider attending this new offering from Vanderbilt University, in person. For others, this will be available on-line as well. It’s the Blair Hit Songwriter Series hosted by Deanna Walker. Join legendary songwriters, industry professionals and rising stars for 14 weeks of incredible, up-close and personal discussions from all aspects of songwriting, artistry, and the music business, presented by the Blair School of Music at Vanderbilt University. 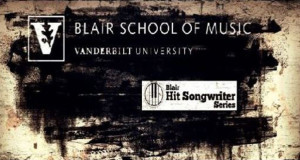 (Online class is not available in Arkansas, Minnesota, Texas, Wisconsin, and Tennessee.)