We all accept that a written sentence consists of a noun and a verb strung together in sequence. Choose this word sequence so it conveys a thought to a reader; begin that sequence with an uppercase letter; finish it with a period; and congrats; you are a writer—NOT! No, to be a writer, one must be able to modify those words with others so that the whole word grouping provokes emotional feeling as well as thought. Being able to do this last part over and over until a story emerges makes one a writer. As difficult a project as story writing is to perform, it is doubly difficult to make stories into poetry; and the most difficult task of all is to make poetry into songs. Thus, the songwriter faces the toughest writing task. You must realize that all of this difficult creative work is a lonely process—the writers, the poets, and the songwriters mostly work alone and face their creative barriers without help. With the increasing popularity of the Americana string music genre and the desire of its performing artists to play and sing original material, there is emerging a helping path around the creative barriers for songwriters. This path takes the form of songwriter workshops, and one such workshop is the subject of this story.

A regular feature in the pages of this magazine is the Before the Words column on song writing penned by Ms. Donna Ulisse. Donna is the 2016 International Bluegrass Music Association’s Songwriter of the Year, and her creations are performed by many well known Americana artists as well as by herself as she tours the festival circuit. She has spoken often in her column of the uniqueness and difficulty of this craft and of the muse and methods she employs to build a song. Ms. Ulisse often takes part in songwriting seminars and discussion groups at the IBMA conference and other regional locations.

Getting Results
Recently, we reached out to Donna and ask her about a songwriting workshop project that she is hosting in her Tennessee home. In response, here is what she said, “We are truly so excited about this workshop. It is WORKING! The past attendees are so on fire to write, it makes me all gushy. The uniqueness in our concept is that they are actually co-writing with professional writers. They usually leave here with a couple of new songs that bear our name against theirs.” Donna followed up with a fount of great information that made me want to immediately enroll in the next open session, and pack my bag for a trip to Tennessee.

Donna Ulisse’s songwriting workshop is a two-day session that she labels: the Little House Workshops. She holds these workshops on a small farm on the outskirts of Nashville, TN, which she and Rick, her husband, purchased last year. She says that these eight acres of country living has fed into this new adventure. Here is her take, “The moment my eyes rested on the field and the pole barn, I knew we were going to write great songs here. There is a certain energy and peace that lays over this place making it ripe for composing.”

Each workshop is tailored to be an intimate experience as the enrollment is limited to a total of six to eight attendees and three professional songwriters who are: Donna Ulisse, Jerry Salley, Rick Stanley, and sometimes a forth mystery guest writer when needed. The workshop groups the attendees into teams of two folks each; and over a two day time frame, each two-person team gets a chance to work with each pro writer in a total of three writing sessions. Donna sums this up by saying, “At the end of the two days, it is our hope that you (the attendee) will walk away holding songs that are tri-written with one of the pro-writers and ready for commercial exposure. There is no guarantee that a song will be completed on your first visit though it will not be for lack of trying. Learning through example and personal involvement with a pro-writer is like pole-vaulting to the next stage in songwriting. The collaborations will be fun and a true taste of what real Nashville co-writing is all about.”

Small But Powerful
In explaining how the concept for this intimate songwriting workshop experience came about, Ms. Ulisse had this to say, “My husband, Rick Stanley, and myself have been teaching songwriting workshops for quite a few years now and have enjoyed sharing what we have learned about the craft to other writers. One thing that we noticed after each of these workshops was the lack of one-on-one time with the attendees. That kind of attention is nearly impossible, as most workshops have 10 or more students and only a small panel of pro writers to teach them. Also, these workshops are usually just one to three hours in length, leaving us breathless trying to share as much information as we can in this amount of time.” 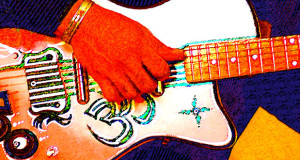 Donna went on to tell us that she dreamed that they should do a limited seating weekend workshop that would allow an attendee to actually write a song with a pro writer, and that is what they did. They knew that they needed another dedicated songwriting instructor so they reached out to a dear friend and co-writer Jerry Salley who agreed to come on board. Donna says, “Jerry Salley is a prolific songwriter with a very impressive list of songs that have been recorded over the years. As a teacher, Jerry is generous with information and effective in getting students to the next level in their writing. Having his name and talent associated with this unique idea of a workshop makes this a must do weekend.” Should they book beyond six students (and sometimes they do admit eight folks), they bring in a forth pro-writer. Often the identity of this forth writer is kept secret until the students assemble for the first session.

Workshop attendees are asked to arrive at the workshop with three copies of a completed song ready for critique and some other song ideas to be presented during the tri-writing sessions. I wondered if the workshop attendees also needed to be musicians, and Donna answered me this way, “We have lots of attendees that do not play an instrument. If they have a recorded representation of a song, we play it for our critique. If an attendee only has a lyric (or poem) we read through it and offer suggestions. Sometimes we have folks that have never written a song in their life show up out of a desire to write. That is just fine with me. Part of the magic of these workshop weekends is to pair up with a pro writer and another attendee in hopes of finding strengths from another writer that might offer ways to improve or strengthen your own writing. Learning by example has been a huge success for us.”

More Than Music
Of course, the workshop weekend is not all work and no play. Donna and Rick share their love for cooking and entertaining, by preparing soul food for the attendees and organizing a Saturday night songwriting round and jam session. She tells us that sometimes there are surprise guests in attendance on the Saturday evening events, which adds to the experience. Donna feels this experience serves to introduce the networking aspect of songwriting. Not only do the attendees get to write with Donna, Rick and Jerry they gain insight into how connections are made in the industry and what to do with a song once it has been written. Here is Ms. Ulisse’s take on the experience, “I want to give folks a look at how I go about composing and what better way to do that than to have them in our home and writing a song with the same approach that I use on a daily basis. The hope is they will take some of what they see and do here and apply it to their writing. The added element of home cooked lunches and dinner shared at our table and an evening singing for them completes the weekend and the glimpse of life on farm Stanley.”

After having already held three successful events, Ms. Ulisse has decided to stage 10 Lil House Songwriting Workshops for 2018. She will schedule these events throughout the year, and since the idea seems to be well received, Ulisse expects a quick sell-out for each of the dates as each session will only accommodate six to eight folks. Should you happen to be a budding songwriter, this little workshop sounds like something you might want to consider. For more information or to land a seat at one of these weekend events please call 615-509-4556 or send an email to donnaulisse@gmail.com.