Upon realizing that this year marks the 30th anniversary of Merlefest, and knowing that this fest provided significant inspiration for us here at Americana Rhythm, I felt it only fitting to give an extra shout out to this phenomenal music festival.

Created as a tribute by Doc Watson and Wilkes Community College to his late son, Merle, Merlefest has become one of the premier music festivals in the country, considered by many as an annual homecoming of musicians and music fans. 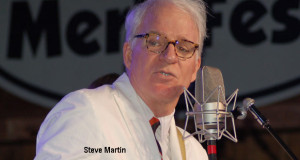 More Than Bluegrass
“A lot of people think this is a bluegrass festival,” said Steve Johnson, artist relations manager for the festival, “but the reality is, it never was.” It’s always been a celebration of what Doc called “traditional plus” music, and the fest has stayed true to it’s unique mix of music based on the traditional, roots-oriented sounds of the Appalachian region, which includes bluegrass, along with old-time music and expanded to include Americana, country, blues, rock and many other styles.

One of the draws is how well the staff, volunteers and the campus handle the grounds and the volume of people flowing through out the four days. There’s so much going on that you could spend a whole day without seeing live music and still have a blast. The festival features workshops, films, lectures, and live artisan demonstrations, along with an expanded crafters village for the hand-made goods shopper in you.

“A friend’s wife told him, ‘I’m not really interested in going to a music festival,’ Steve told me. “So she spent most of her day in the shops – didn’t really make it to the stage, and later that night she made her way over to the stage to actually listen to some music – afterwards saying, ‘this wasn’t so bad, let’s come back next year.” 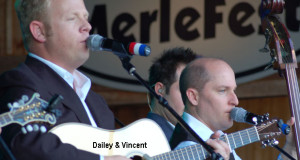 Just The Right Mix
But man, you can hear some great music! I’ve attended about a dozen times, and every one has been memorable. This year will be no exception. (See ad on page 15 for this year’s featured artists.) It’s a family friendly, alcohol free environment. Every stage is strategically placed as to not interfere with the activity on the other. There’s great food, as well as a professional trade tent featuring instrument representatives from companies like Deering, Martin, and D’Addario.

Sadly, the Watson family has passed on. Merle, Doc, his wife Rosalie, and recently Merle’s son, Richard, had been a rich part of the heritage of this festival, and will continue to be celebrated. “T. Michael Colman leads the Memories of the Watson Family on the Creekside stage on Saturday,” Steve told me. “And the Doc and Merle Watson showcase continues on the Austin stage on Friday. Additionally, this year we will feature some special jams and special collaborations that will encompass some of the artists that have performed over the many years past. There are five artists that have performed at every Merlefest since the beginning – Sam Bush, Jerry Douglas, Peter Rowan, Jack Lawrence, and Joe Smothers. They will be featured in a special set called the veterans jam. We felt like it was important to create some special things like that to bring them together and let them tell their stories.”

Fresh Faces
“Everyone performing this year has played at the festival at some point over the 30 year legacy of the festival, with the exception of the fresh faces, which is something that was always important to Doc,” Steve said. 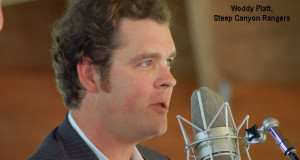 Ten “fresh faces” making their debut appearance this year include; John Driskell Hopkins, best known as a founding member, vocalist, multi-instrumentalist and songwriter for the Grammy-winning Zac Brown Band (also appearing this year). Mipso, an indie Americana quartet from Chapel Hill, NC. They are currently celebrating the release of their fourth album, “Coming Down the Mountain.” Sierra Hull, best known for her work as a mandolin player this former child prodigy signed with Rounder Records at age 13. Last year she released “Weighted Mind,” her first new album in five years. Dublin roots band, I Draw Slow, brings together Irish tradition with modern Americana while staying rooted in the old-time style of Appalachia. Canadian musician Megan Nash; her most recent album, Song Harvest Volume One, recorded in a 100-year-old church on the prairies is made up of seven solo songs steeped in prairie longing. Ken Tizzard has received numerous Juno nominations and MuchMusic Awards, and he has licensed songs to such TV shows as “CSI” and “Fashion Television.” Chris Jones and the Night Drivers, heralded by Steve Martin as, “… some of the best players in bluegrass! Chris Jones’ voice is there with the great masters.” Front Country started as a group of friends playing bluegrass in San Francisco’s Mission District and has morphed into a touring powerhouse of song and sound, transcending their humble string band roots. Nashville based Locust Honey bring their experience in old-time, bluegrass and pre-war blues to both their original material and the traditional songs and tunes of the American Southeast. Mark Bumgarner, whose musical influences span the American landscape, from the traditional sounds of the Appalachian Mountains to the West Coast country and folk rock of the 1960s and ‘70s.

Merlefest is a model for many. For 30 years it’s been pretty simple: Great music in a great environment for a great cause. What else do you need?