Marc grew up like many other kids who are exposed to music – learning to play the piano. Rural Spokane, Washington was home most of his early life before moving to California and pursuing a professional music career. 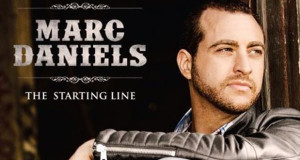 “I grew up in a musical family of very talented musicians,” he said, “so it sort of created this path for me that since everyone else was a musician, I was going to be one also. But I didn’t realize there was much talent there for me though, because when your brothers and sisters can all sing and play instruments, you just assume the whole world is like that.”

It took Marc a while to realize that music was a career possibility for him. He was in his early 20s before he started singing in bands. He was a karaoke singer, “for fun mostly.” He said. “And I started getting a lot feedback saying things like, ‘wow, you’re really good, you should sing in a band,’ and then I got the bug to try it,” he said.

That desire transitioned into Marc finding bands and other musical projects including time as a semi-rock musician. “The country rock overtones were there,” he said. “But this is the first album where I’ve gotten to explore what I think is my truest sound,” referring to his current CD, The Starting Line. “People who liked my music before have said since I switched to country, ‘oh my gosh, this is really good.”

The other gratifying thing for Marc is the response from those who didn’t know him. “People who weren’t aware of me before are discovering my music and really liking it. That’s been great,” he said.

The album has generated a couple of significant singles as well. The first single, “Redhead,” which was also his first video is getting quite a bit of attention, and the second, “Summer Song,” Marc feels like it will generate some great commercial response with it.

To find out more, visit
www.marcdanielscountry.com