Wichita, Kansas is home to the up and coming Americana, roots rock band, Mountain Deer Revival. MDR plays what they call Red Dirt Music, which seems to have its roots Oklahoma. It’s a Southern Rock foundation that can be traced back to the early American South, flavored with a good dose of Texas Country. 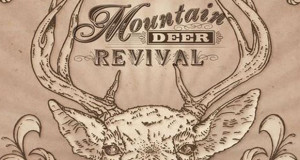 This band consists of twins, Jake and Jason Coffey, Matt Ohm, Connor Edmundson, and lead guitarist Dale Shuey who joined the band in 2012. We recently caught up with Dale to talk about their music and pursuits as a band.

“Jake Coffey actually started the band almost 10 years ago while living in New Mexico,” Dale told me. “He moved back to Wichita where Jason was, and they just decided to collaborate on some songs. I was at a party one evening where they were playing, and I just knew I had to be part of it. It was one of those things, very organic,” he said.

“And that term Red Dirt Music really fit for us,” he said. “Basically, down home country bands from the middle of the US. A mix of good, cool substance, country music, blues, and there’s rock in there too. In MDR we have a lot of influences. Every band member has a long list in every genre’, and it ends up coming together organically in this really, really cool way. It makes for really interesting music.”

When asked about being able to pursue this full time, Dale said, “We’re so close. We’re almost there. Jake and Jason work in construction during the day, and we rehearse as much as we can in the evenings, and try to keep new material going all the time.”

“The new CD is in the works,” Dale added “We’ve compiled all sorts of new material over the last year. Lots of terrific lyrics and cool melodies, so we’re really excited about getting this new project recorded really soon.”
To find out more, vivit
www.mountaindeerrevival.com